A Letter from Armando Benitez's Hat 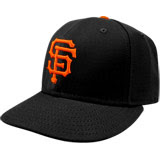 Hello, I'm Armando Benitez's baseball cap. You've probably seen me around, about every three days or so, kind of like Barry Bonds. Sometimes I'm even on TV, but usually as part of someone else's highlight reel on SportsCenter.

I know that I'm attached to perhaps the most reviled major leaguer within the Bay Area. I wouldn't want to be Barry's hat in the rest of the country, you can count on that. I've talked to him, and he says that he was a very snug fit even before all the hormones n' drugs stuff. These days, he's darn near wore out from the years of constant stretching and scowling. But that's his problem.

Wasn't that a great game last night? Unless of course, you're me and Armando. I've been on the field for like, what, ten times in the last month? For having to be there for so little, I'm getting piles of activity as a hat. Lots of sweat, getting stretched from frowning, getting taken off and put on again over and over, and constantly looking upward and backward. 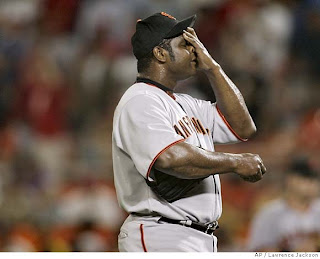 Here we are, Butch and Sundance. But at the end, firing wildly running out of the house with no hope...

So, anyway, even though only two of our last ten appearances have had positive results, and four of them have been a disaster, that still leaves four that were refreshingly mediocre! Even though it was a rough patch yesterday, the Giants don't have to get rid of me and my host just yet. Here's why:

1) Carlos Delgado homered off my guy to win it. It's not like we got lit up by Buddy Biancalana, Duane Kuiper, or Jason Kendall or anything.

2) At least one of those balks last night is not Armando's fault, exactly. The umpires hate us, and they totally look for any excuse to plant one in my dude's hiney. Armando is like the Steven Jackson of the major leagues. They just got it out for us.


3) Part of the reason I still look so good is that Armando takes care of me. He's getting paid to the tune of nearly eight grillion dollars just this year, so he can afford my upkeep. He's also too expensive for the Giants to unload. Armando's performance on many levels makes him untradeable, and if the Giants just drop him, another team will take him (and drop me) for next to nothing while the Giants still pay a fat portion of his salary. It's an Arizona-pays-the-Giants-to-keep-Russ-Ortiz-away-from-them kind of thing.


This one time, Armando let Christy Turlington borrow me for a day, hoping that maybe some sweet lovely luck might rub off on me (awesome!), and then back onto my owner (not so awesome!).

I'm just lucky that Chrissy T. (what she lets me call her) doesn't have anything against cotton products, like she does against animal products. 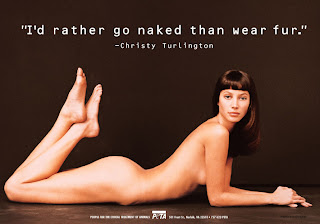 Her. On a much better day.

Fine. I don't know how much longer Armando and I will be paired up. Fans around here are asking for his head, and sadly, I'm attached to it. I imagine that in the not very distant future I will be sharing space at the bottom of Armando's closet with the blue guy that had this job before me.

Its Mojo can you give me an email when you get the chance?